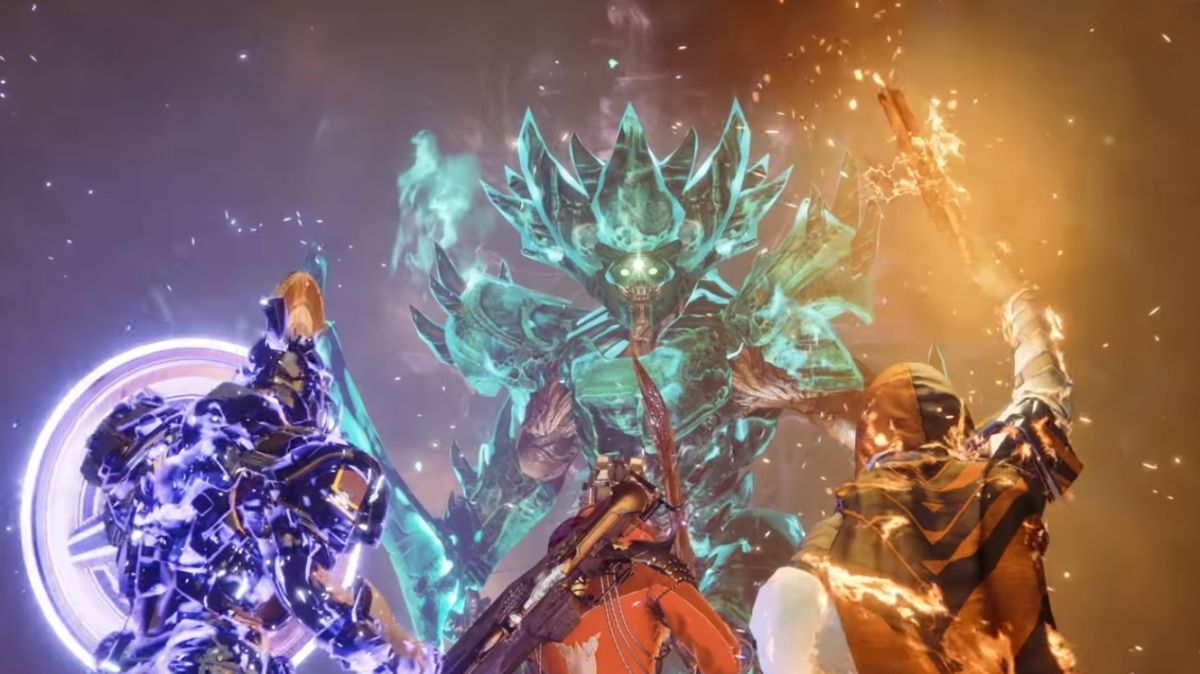 This week is one of the biggest yet for Destiny. Not only is most of Destiny 2's existing content going free-to-play, but it's also the first major update since Bungie's split from publisher Activision - with a new expansion, a swath of changes to how Armour and monetization works (yes, there will be a Battle Pass) and a change of platforms on PC, with the game moving from Battle.net to Steam (which you can do as part of the newish cross save feature).

There's a lot happening, then, and this Destiny 2 Shadowkeep guide will explain what's changing for returning players, and what all the New Light content is if you simply want to play for free.

What is Destiny 2 New Light? All content included in Destiny 2's free-to-play offering and Shadowkeep explained

Destiny New Light is the free-to-play offering of Destiny 2. In short, everything that Destiny 2 launched with is freely available - as well as a few select offerings from later expansions.

So with that in mind, what don't you get in New Light? Here's what a Shadowkeep purchase and the Season of the Undying pass - which is free for all purchases of the expansion (later season passes, however, must be purchased) - will get you:

To clarify further, New Light (and owning only Shadowkeep) won't give you access to select Forsaken and some Year 2 Annual Pass content. This includes the campaign, Shattered Throne dungeon, Raids and most Year 2 Exotics, plus the newly added subclasses (though if you buy just Shadowkeep, you do get these subclasses).

Quite a bit to take in, right? Here's a handy infographic that shows off what and when new content is coming in Destiny 2 Shadowkeep's first season:

Between Destiny 2's free-to-play push and a new expansion making for a nice excuse to do a bit of spring cleaning, there's quite a few revamps to some longstanding systems - from the way cosmetics and the shop works, to a huge new Armor Mods system.

There's lots of little changes across the board, but here's our recap of the most impactful:

Each season offers a Battle Pass, a Seasonal Artefact, and changes to narrative progression

Destiny 2 has featured season-based content for a while now, and now it's being coupled with several features and rewards to go along with it.

The headline is that there's now a Battle Pass with 100 tiers of rewards, much like other shooters such as Fortnite. There's free rewards along the way even if you don't purchase the Battle Pass, while those that do (you get your first battle pass free when you purchase Shadowkeep) will get access to more.

This is all unlocked using the existing XP system, so any activity you want to play will contribute towards it, meaning in theory you can reach the end by playing what you want to play, whether that's Crucible or grouping up with others for Raids.

On top of this, there's now a mechanic known as the Seasonal Artefact, that's free for everyone. As you play, you unlock mods specific to that season you can equip to your armour. It also gives you a Power level boost on top of your gear's Power level. This boost is unlimited, meaning in theory you can continue to boost your Power level way past what's usually possible - and it'll be interesting to see what this means in practice.

The key thing to note is both the Seasonal Artefact boost and the rewards you receive reset each season - meaning Bungie can experiment with the meta through temporary mods without breaking the game long term, and resetting that additional Power level progression to give everyone a fresh goal to aim every few months.

Finally - the season structure means Bungie can build a more natural evolving narrative as time goes on. Luke Smith explains it as such: 'Over the course of the season, parts of the game will change before the situation culminates in an event that will ultimate resolve it, and its content will be exhausted. But this resolution sets up the events of Season 9, which again adds something new to the game and resolves it, something that too will go away, but not before setting up Season 10, et cetera.'

What does this mean? The world state will change, and seasonal activities, such as the Vex Offensive available as part of the Season of Undying battle pass, might not be available when the season ends, and could be swapped out for something else when the next one begins.

There are other season-by-season changes too. For example, four Crucible maps (Dead Cliffs, Legion's Gulch, Retribution and Solitude) won't be available in this first Year 3 season, with Bungie hoping to give them a few nips and ticks when they do eventually return. 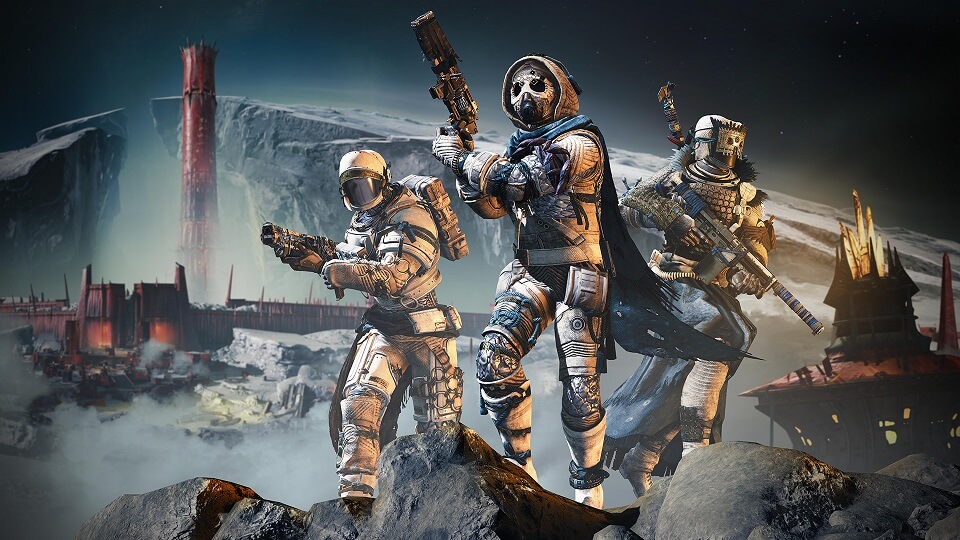 Armour is getting a transmog and new mod system

Perhaps the biggest practical change is with how armour looks and behaves as part of the Destiny 2 Armor 2.0 system. For one, there's going to be a transmog system - or Universal Ornaments - for Eververse and Legendary armour which change the look of your equipment while keeping the base item's stats and benefits (this includes the recent Solstice of Heroes armour, for those that picked it up).

Second, there's a change to the way stats work. Your character now has six stat types, with each equipped piece of armour contributing to that through both base stats and mods. These Armor Mods can also give you perks - such as faster reloading and reduced damage from certain sources - and can be equipped across multiple armour pieces, allowing you to experiment with different builds.

Bright Dust and cosmetic sources are getting a revamp

As well as the seasonal Battle Pass giving out cosmetic rewards, there's a change to how you receive Bright Dust, the Eververse shop currency (not to be confused with Silver, the paid-for currency that will be used for bundles and Battle Pass purchases).

Bright Dust now comes as a reward for completing Bounties (specifically Crucible, Gambit and Vanguard weekly and 'repeatable' bounties) with Bungie encouraging players to play to earn cosmetics rather opening Eververse Engram and destroying what's inside.

Meanwhile, the Eververse shop will be accessible from the planetary Director screen, so you no longer have to wait for a long Tower loading screen to see what's on sale - and for Bungie, one less barrier to entry when it comes to a free-to-play revenue stream.

There are many other smaller quality-of-life changes and additions worth noting too, which long-time players might be interested in:

Once you have purchased Shadowkeep, you can start playing by accessing the node in the Moon destination from the Director screen.

Shadowkeep's campaign then plays out as follows:

The Shadowkeep campaign is then complete. You are then given the Essence of Brutality quest step (one of which includes finding the Necromantic Strand location) and the start of the Deathbringer quest, if you fancy a new Exotic.

Divinity is the Exotic trace rifle from the Garden of Salvation raid in Destiny 2: Shadowkeep, but there’s a lot more to the Divinity quest than getting lucky after the final boss. (You still need to finish the Garden of Salvation raid if you want Divinity.)Divinity is a powerful tool for raid encounters and big bosses. It adds a debuff to the target that increases all damage that you and your Fireteam members deal.

Drive through the battlegrounds until you reach the first wide-open area — the one where you defended the pillars in the opening mission.To the left of the area, there’s a small cave. Go inside and you’ll see a massive Vex gate. If you’ve already completed the Garden of Salvation raid, you’ll recognize this as the opening area to the raid.Move up to the gate and wait for the Vex to start pouring through. Defeat the waves until a giant Minotaur spawns.

Kill it, and it’ll drop an Exotic engram on the ground. Pick it up to get the What’s This What’s This?

Step 2: Decode the message on NessusNow you need to land on Nessus and visit three hidden rooms in three different Lost Sectors.Bungie via Polygon.Walk into the alcoveBungie via Polygon.Bungie via PolygonThe Orrery is in Artifact’s Edge. Find the entrance in the side of the mountain, and fight your way inside. Once you get to the main room, climb up to where the Hobgoblins are firing from on the left platform. Keep climbing up until you’re on the third floor. Look for a little alcove.

(You can find the opening in the gallery above.)Inside the alcove, you’ll find a data node. Scan it and get ready for a fight. Kill the enemies that spawn and scan the node again.

It’s visible from main path. Scan and fight, like you did before, and you’ll finish the quest step. Step 3: Kill 120 VexContinuing with the easy part of this quest, jump into the Vex Offensive and start killing all the Vex you can find. With the help of your allies, this quest step will take you less than a full Vex Offensive run to complete.Now you need to stop by Eris before you raid. Step 4: Go to Eris and spend Phantasmal FragmentsGo to the Lectern next to Eris. Spend 30 Phantasmal Fragments — that’s a full stack — to buy the next step of the quest. If you’re low on Phantasmal Fragments, you can buy more from the Lectern with five Helium Filaments.

If you’re out of Helium Filaments, jump into Nightmare Hunt activities on the Moon to get more Phantasmal Fragments. Step 5: Solve the puzzles in Garden of SalvationOnce you’ve purchased the final piece, find a group of five other capable Guardians and make your way into the Garden of Salvation raid.This is where we’ll leave you in the more than capable hands of Destiny 2 YouTuber Datto. You’ll need to create some elaborate patterns with your fellow Guardians to solve puzzles using the Tether mechanic. Check out Datto’s video below for a look at what you need to do. We recommend using his video to find the puzzle locations and trying to solve them on your own. The puzzles are really interesting and fun to solve with your friends, so give them a shot. Once you’ve solved all of the Divinity puzzles, you do need to defeat the final boss.The Divinity step adds at least an hour onto the completion time for Garden of Salvation.

Even if you have a seasoned raid team, we recommend you carve out three to five hours of raid time before you tackle this final step.Once you beat the boss, you’ll find two chests in the final room — one for your raid loot, and one for Divinity, the Exotic trace rifle.