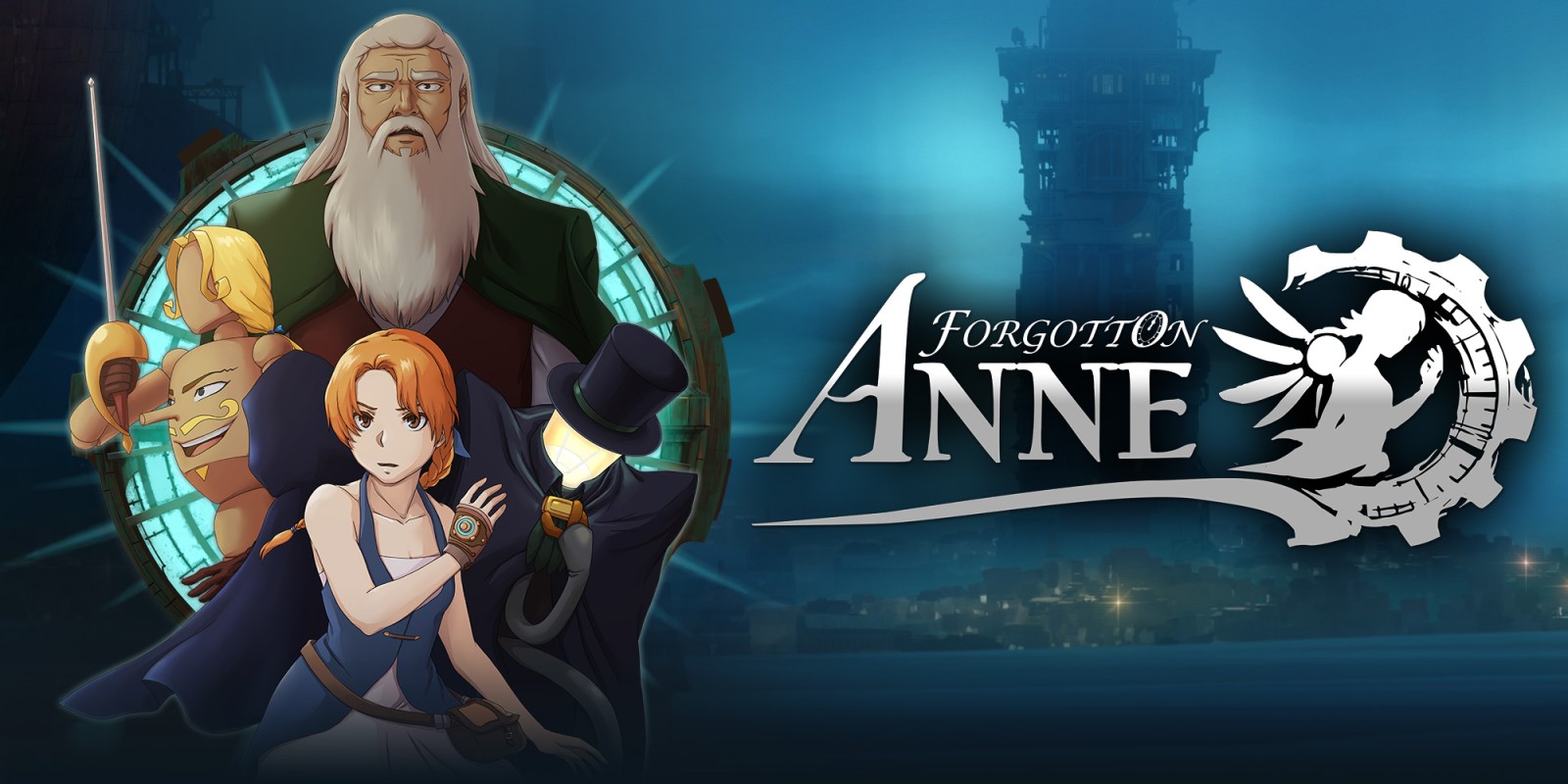 This week, Famitsu is revealing that Chorus Worldwide has two more Nintendo Switch games in the works: (by Devespresso Games) and Forgotton Anne (by ThroughLine Games).Already available on PC and other consoles, Forgotton Anne is described as a “seamless cinematic adventure game” that combines puzzle platforming and adventure game elements. You get to play as Anne: the enforcer tasked with keeping order in the Forgotten Lands. She has a really important mission to carry out: squashing a rebellion that could end up with her and Bonku (her master) being unable to return to the human world.The latest issue of Famitsu magazine reveals that Chorus Worldwide is bringing the game to the Nintendo Switch, in Japan. It will be released this Spring in that country, and just like Vambrace: Cold Soul, the release is most likely going to be simultaneous worldwide. After all, Square-Enix Collective has already confirmed the game will be available next year in Europe and North America.Never heard of Forgotton Anne before? Here’s a trailer and details about the story.

Imagine a place where everything that is lost and forgotten goes; old toys, letters, single socks. The Forgotten Lands is a magical world inhabited by Forgotlings, creatures composed of mislaid objects longing to be remembered.And here’s the list of key features, as well as plenty of screenshots:. A Seamless Cinematic Experience – Featuring detailed painted environments and traditional 2D animations that will make you feel as though you are in an animated feature film. Cutscenes are rendered in-game, allowing for seamless storytelling, while an orchestral score and fully voiced dialogue completes the immersion.

Orchestral Music – ThroughLine Games is proud to announce a collaboration with the Copenhagen Philharmonic Orchestra which marks the first time orchestral music is being recorded in Denmark for a videogame, utilizing world-class concert hall Radiohuset and produced by acclaimed music production house Timbre Music. The soundtrack is composed by ThroughLine’s in-house composer, Peter Due. Epic Adventure – As you run, jump, and climb your way through the Forgotten Lands, your actions can affect your experience of the story.

Featuring Dialogue Options, your encounters with Forgotlings can have different outcomes as you uncover the mysteries of the world -and your past- in this emotional fantasy-adventure where things are not always as they appear. Use the Arca – As the feared enforcer, you wield the Arca stone on your hand, enabling you to see and manipulate Anima energy in your surroundings. The power of the Arca lets you distill Anima from Forgotlings and power machinery. Your actions may decide the fate of many a Forgotling.

Square Enix has announced that developer Throughline Games' delightful, and thoroughly sumptuous, Ghibli-esque platform adventure Forgotten Anne will be heading to Switch next Friday, November 9th.Forgotton Anne (that's Square's treble-o, not mine) launched on Xbox One, PS4, and PC earlier this year to much delighted clapping and many kind words. It's a truly lovely thing, with a strikingly animated 2D visual style that evokes the delicate artistry of Studio Ghibli - one that's ably matched by a glorious orchestral score and some rock-solid voice acting.It has a wonderfully appealing premise too, unfolding in a hidden dimension where items lost or forgotten in the real-world - be they toys, socks, lamps, hatstands, and everything in-between - go, coming to life as Forgotlings when they cross over the threshold. Players take on the role of Anne, an enforcer charged with maintaining order in the Forgotton Lands, who becomes inextricably embroiled in a world on the cusp of revolution. At its heart, Forgotton Anne is a relatively linear side-scrolling platformer, peppered with satisfying, if largely unremarkable, puzzles - most of which are based around Anne's ability to imbue objects with life energy or, in some cases, take it away.

Nihilumbra vita. ThroughLine Games' Forgotton Anne comes to the Nintendo Switch bringing its fantastic story to a new console but the gameplay isn't as.

It's pleasant enough stuff, but the real thrill comes from the game's unquestionably dazzling presentation, its deftly written story, and moments where you're forced to make some surprisingly tough decisions regarding how certain narrative elements might play out.' It's a game about a lack of knowledge - yours, and Anne's - and how this can be both a curse and a blessing,' said Tom Phillips in earlier this year, 'It's a game about forgetting things and about loss, about remembering what you had and the cost of doing so. Best of all, it's a game which will win you over with its huge amount of heart.'

Forgotton Anne will cost £15.99/$19.99 USD when it comes to Switch on November 9th. There's also a 10% discount for those that choose to purchase it during the first week of sale.